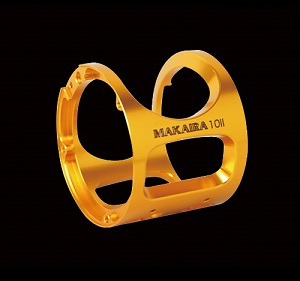 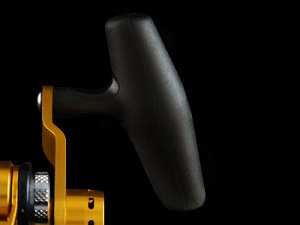 The patented design of the T-Bar handle offers a true ergonomically correct angle to ensure an angler gets maximum power with minimum fatigue. The T-bar takes full advantage of the natural dynamics of the human hand, wrist and forearm to help sustain power and endurance for the angler. 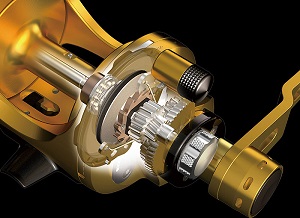 Okuma's 2-speed technology incorporates two sets of stainless steel main and pinion gears, allowing anglers the option of a high-speed gear ratio or a powerful low-speed gear ratio for maximum power and torque. To shift gears it is as easy as pushing a button or popping a lever with Okuma's unique shifting design to obtain the appropriate gear ratio you desire. 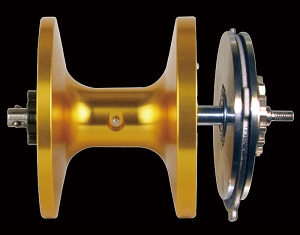 For extremely smooth and strong drag outputs, Okuma’s Makaira lever drags are designed with a patented Dual Force Drag system. This drag system is specifically engineered to be mounted in the right side of the spool, designed around a Pull Bar Drag System which keeps all mechanical workings in precise alignment and places no pressure on the frame. This system works in conjunction with a custom designed thrust bearing, which alleviates side load at heavy drag settings. 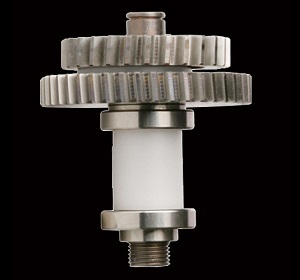 Makaira lever drag reels utilize helical cut main and pinion gears. This process allows for improved gear meshing which equates to improved gear smoothness. The angled teeth found in helical cut gears engage more gradually than straight cut or spur gear teeth. This allows helical gears to run smoother and quieter compared to spur gears. Spur gears cause impact stress and noise, because of the hard meshing and can not take as much torque as helical gears because their teeth are receiving impact blows as they mesh together. 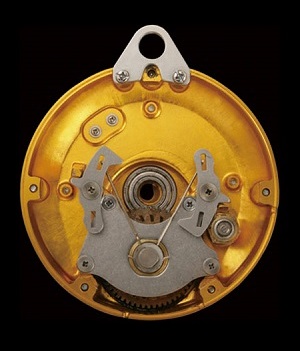 The Makaira's proprietary anti-reverse system allows for a smoother and quieter feeling. We equate this feeling to that of a Lexus, when compared to other reels in the market. Most reels in the market hide their rough gear quality by the noise and vibration caused by the engagement and clacking of the anti-reverse pawls. The Okuma silent system is unlike any other 2-speed reel in the industry for smoothness. This anti-reverse system is supported by a 12 point double dog anti-reverse pawl system. The Makaira system is very simple in principal but the performance is extremely advanced. As you turn the reel forward the anti-reverse pawls slide open allowing a friction free and quiet retrieve. As soon as the handle is stopped or pulled backwards the anti-reverse pawls are engaged into place by their drive shaft actuated sliding system. The strength of this anti-reverse system does not solely rely on a dog spring like found on most of our competitors reels. The sliding function does not rely heavily on a dog spring system and is mainly controlled by the forward and reverse movement applied to the drive shaft through the movement of the angler turning the handle. 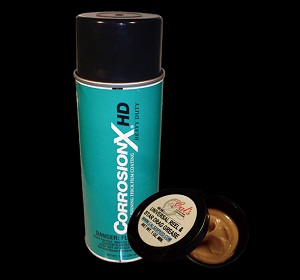 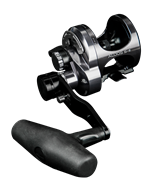 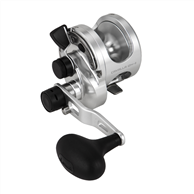